This list includes important and interesting changes or features. More detail change lists about feature changes and updates can be found in the individual component change list appendix.

The STE Tasks feature helps to streamline operations, especially those with many different users in different roles associating data to QR codes via the Scantrust Enterprise (STE) App.

This new feature allows clients to manage their specific tasks that different users on different teams (i.e. warehouse operators, inspectors, etc.) see and need to complete when they login to the STE App. For example, when a warehouse operator signs into the app, they will only see the tasks which are available for them to perform (e.g. unit-to-case aggregation), whereas an inspector may only see an authentication task when s/he signs in.

The STE Tasks feature will remove complexity for Enterprise app users by only showing them the actions they are allowed to perform based on their team and campaign assignment. (Please see screenshots below for a comparison of the new and old login screens.) The STE tasks feature will also speed up implementation time without the need to customize individual screens for the customer and without needing multiple app upgrades.

The tasks are created and managed at a campaign level in the Scantrust portal with the help of Scantrust Engineers. New tasks for each campaign can be added easily, without having to release and install a new app, as access to campaigns and tasks is based on assignment via the Teams feature. 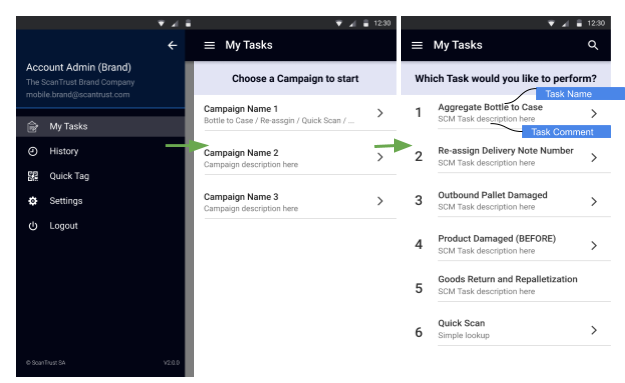 Scanning options (Authenticate/Quick Scan) were in the side menu before. Now available inside the campaign 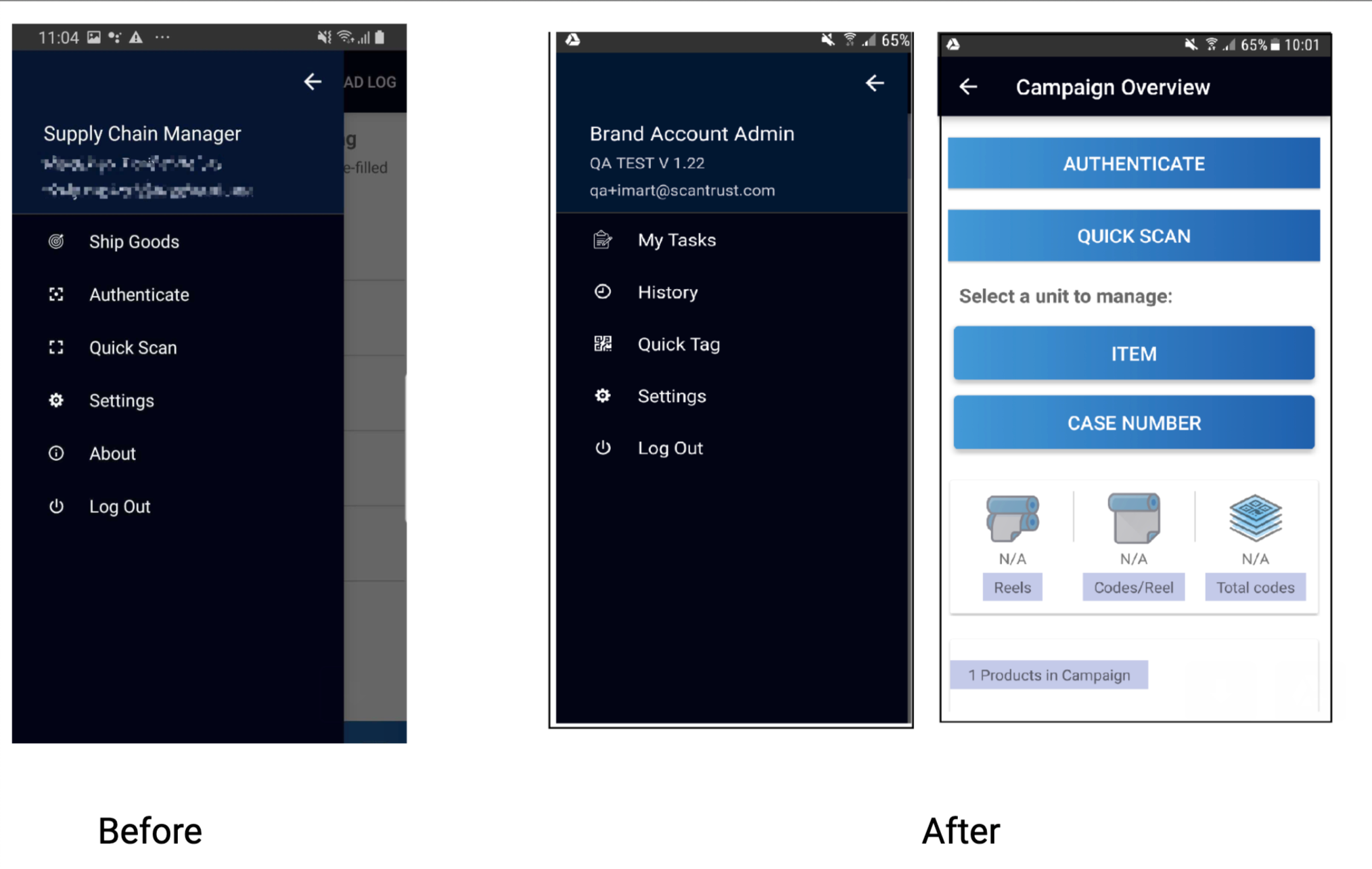 Task access can be easily updated from the editor