This list includes important and interesting changes or features. More detail change lists about feature changes and updates can be found in the individual component change list appendix.

"Code Spaces" introduces a unique scantrust managed domain name for every company. This domain will be a subdomain of st4.ch (or qr1.ch, etc), such as https://cust.st4.ch/

Using a different domain for each company,

With this new feature deployment, following changes will come into effect:

In the Work order templates, the creation screen shows the correct url & allowed formats as per the company settings on the backend. By default all new companies will have this feature enabled.

In some new projects, there are products with an NFC chip embedded in the product, but without a QR code. For these projects we would be able to provide NFC scanning capabilities to the consumer.

STE Lookup tasks allow users to scan NFC chips, fetch details from our system and show the scan result screen. Existing result screen can be used to show customised scan results. NFC scans will just be regular scans in the system with the flag set as nfc when lookup is based on NFC. Dashboard and Tableau will then be able to filter on the flag “nfc”.

For the current release scope, scm field nfc_uid should be set in the campaign SCM T&T for creating lookup tasks based on NFC. 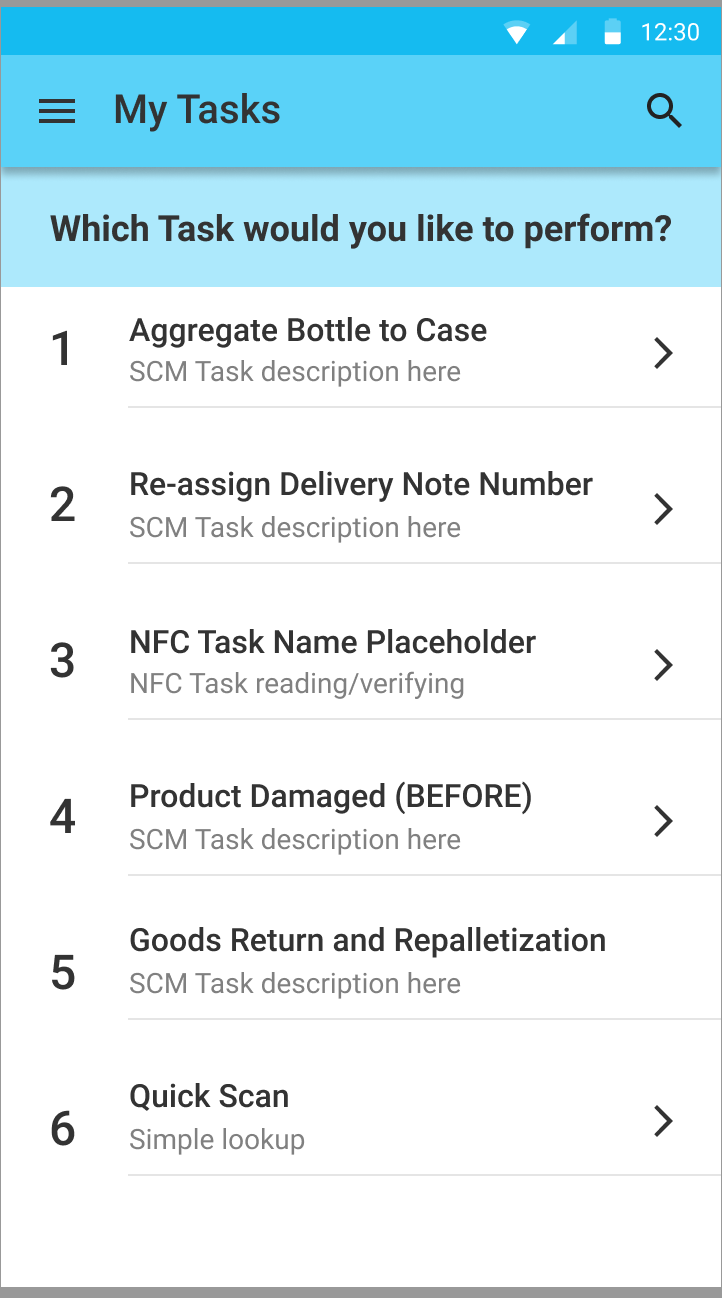 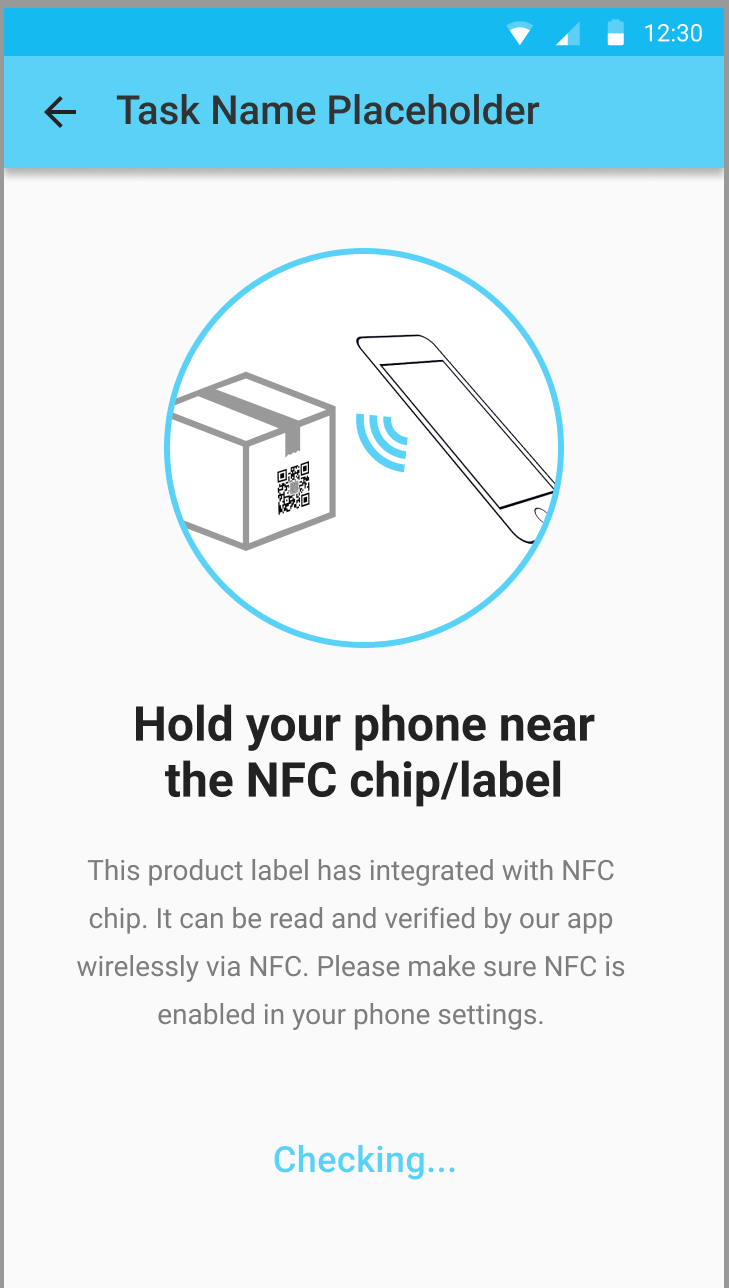 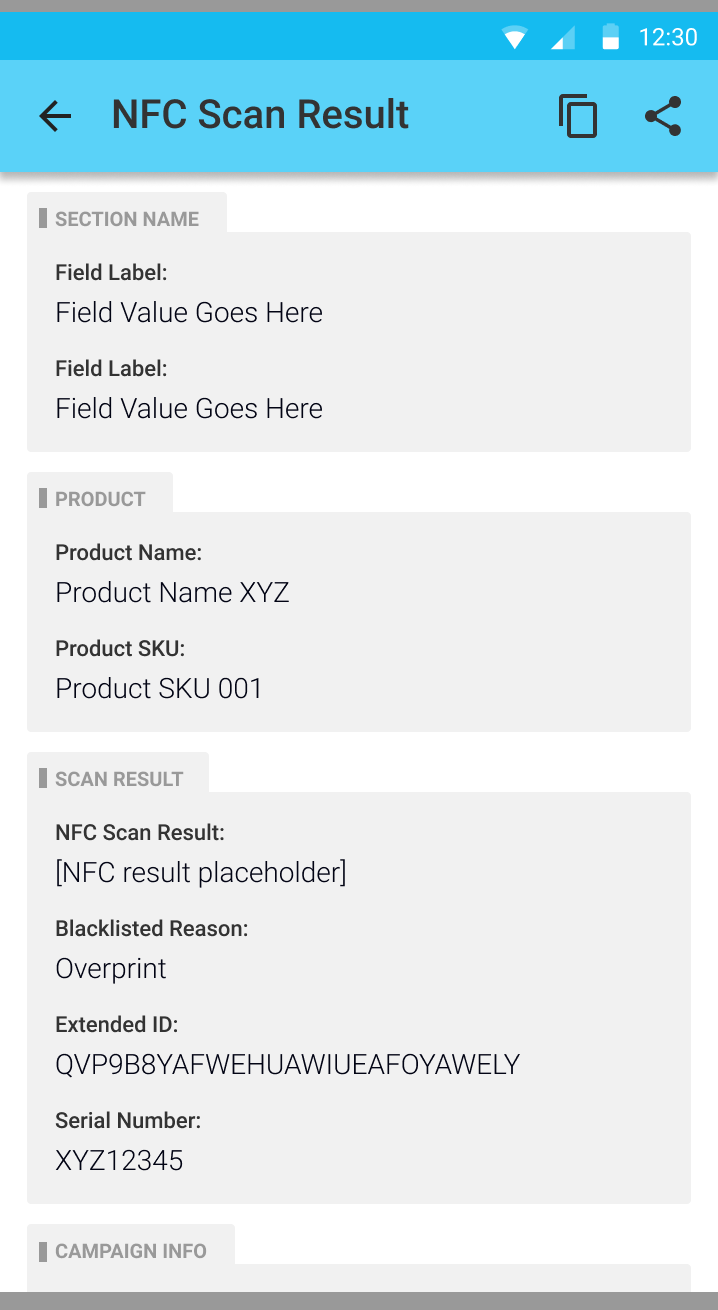